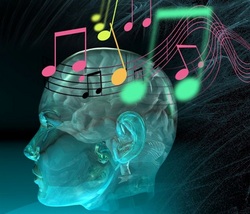 Music psychology, or the psychology of music, may be regarded as a branch of psychology, a branch of musicology or as a field integrating with clinical music therapy. It aims to explain and understand musical behavior and musical experience. Modern music psychology is mainly empirical: music-psychological knowledge tends to advance primarily on the basis of interpretations of data about musical behavior and experience, which are collected by systematic observation of and interaction with human participants.

A student named David Merrill devised an experiment to discover how music would affect the ability of mice to learn new things. Merrill had one group of mice listen to classical music 24 hours a day and another to heavy metal music. He then timed the mice as they ran through mazes to see if the music affected their speed of learning. Unfortunately, he had to cut the first experiment short because the heavy metal mice all killed one another. In a second experiment, mice that listened to Mozart for 10 hours a day dramatically improved their maze-solving abilities, while the heavy metal mice actually became worse at solving mazes than they had been at the beginning of the experiment.

According to the Association for Psychological Science, intelligence test scores grew higher in children who took lessons in keyboarding or singing. In another study, boys between the ages of 6 and 15 who took music lessons scored higher on tests of verbal memory than a control group of students without musical training.

Researchers found that patients who listened to harp, piano, synthesizer, orchestra or slow jazz experienced less post-surgical pain than those who did not.

Music therapy is particularly helpful for autistic students, who have difficulty interacting with classmates and teachers and become agitated in noisy, changeable environments. Autistic students respond very well to music therapy, which can be used to help them remain calm under stress and socialize more effectively. In addition, many autistic children have spectacular music skills.

In a study of university students, participants listened to seven songs with violent lyrics, while a control group listened to seven songs without violent lyrics by the same artists. Afterwards, when asked to classify words as violent or nonviolent, those who had listened to violent lyrics were more likely to ascribe aggressive meanings to words such as “rock” and “stick.” The American Psychological Society has also published a report stating that research has definitively proved the link between youth violence and violent media, including music.

Experiments conducted by Dorothy Retallack to learn about music's effects on plants are described in her 1973 book The Sound of Music and Plants. Retallack played rock music (Jimi Hendrix, Led Zeppelin and Vanilla Fudge) for one group of plants and jazz for another. When two weeks had passed, the jazz plants were healthy and bent toward the radio. The rock music plants grew very tall and droopy, with faded blooms, and most had died within 16 days.

Retallack tried other types of music, including country, to which the plants showed no reaction, and modern (discordant) classical music, which caused the plants to bend away from the speaker. The plants seemed to “like” Bach and North Indian sitar and tabla music.

Other people have conducted similar experiments, and some claim to have achieved similar results. However, Retallack has been criticized for using unscientific methods in her experiments.

Most music studies to date have used small sample sizes and some have not controlled for confounding variables, so although these findings are compelling, more research is required. However, given that many studies have generated similar results for certain types of music, the psychology of music is certainly worthy of further exploration.